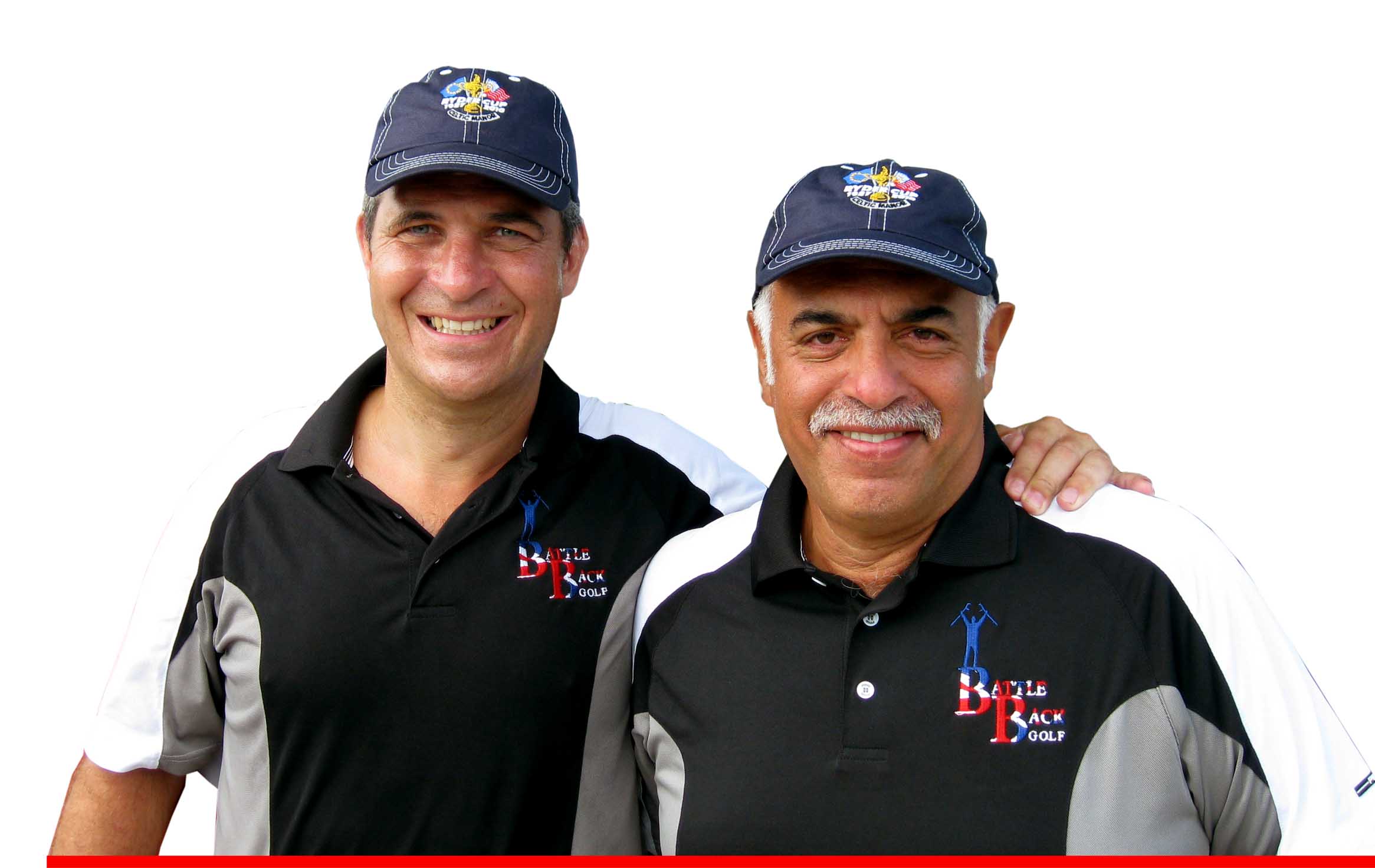 Having attended a Battle Back Skiing event as a supporting physiotherapist, Lt Col Tristan Crew & Co-founder Instructional Officer Zeno Gomes approached Battle Back with the proposal of starting a golfing programme. The first Battle Back Golf event was run in September 2009 from Sandown Golf club, Esher. The programme offered a teaching package delivered over three days for the inital 4 Battle Back Golfers.

In the early months finding funding for further events was a challenge and the programme was confined to delivering weekly teaching from Mr Phil Taylor at Pachesham Park range for the patients at Headley Court, Surrey.  In early 2010 Mr Kevin Hart, a Royal Navy Veteran and an employee of Club Car, contacted Headley Court with a proposal of raising funds in support of the injured service community.  On hearing about the Battle Back Golf programme, he galvanised the support from colleagues in the golfing industry and completed the 3 Peaks Challenge.  They raised a staggering £30,000 which allowed the programme to thrive.

The programme developed rapidly with Ross Marshall from Yourgolftravel.com generously sponsoring numerous training events in Europe and sponsoring an annual Championship.  The programme now delivers over 25 events a year and supports over 200 golfers. The pinnacle of the golfing calendar however is the matches that are played against our international allies. Ryder cup style tournaments have been held against the USA playing for the Captain Pietsch Trophy and the Australians playing for the Clyde Pearce Trophy.

The success of the programme has much to do with the accessibility of golf and the unique handicap system but arguably, as influential, is the incredible support of the golf industry. The programme is supported by: numerous PGA professionals offering free coaching through the “PGA buddy” initiative, PING meeting all of the programme’s equipment needs and many golf courses offering their facilities free of charge. Without these and countless other examples of support from the golf industry the Battle Back programme would have failed to thrive and the lives of the wounded, injured and sick service personnel would be significantly less enriched. A debt of gratitude is owed to all of our supporters who, over the years, have ensured the sacrifices made by those in the Battle Back community are wholly appreciated.